A325 structural bolts start at ½” diameter with the shortest length available being 1-1/4”. As far as the ASTM specification is concerned, there is not an official documented reason as to why they are not readily available; however when asked to provide 1” length, we have found that they do not appear to be easily obtained in the marketplace. That isn’t to say that they can’t be made, however it would be difficult to make a bolt in that short of a length. A bolt of this length would likely need to be done in a cold forging process, however cold forging is most commonly a process used in mass production. It may just come down to the demand of a 1” length A325 not being high enough for manufacturers specializing in mass production to justify running a batch in that size.

Yes, ASTM F436 hardened washers can be made to custom sizes and shapes. Standard F436 washers are round and have specific dimensions associated with a given bolt diameter, however when required an F436 hardened washer can be made to any dimensional requirement as well as any shape. Need a F436 square plate washer or a custom sized round F436 washer? No problem, feel free to contact me for more information.

If the A325 type (1 or 3) is not specified on a request for quote or purchase order, which type would be supplied?

With ASTM A325 having two types available, it is occasionally asked which type is normally supplied or assumed on a request for quote, if the description does not specify. The answer is either one. Per the ASTM specification, if an A325 type is not specified, either type 1 or type 3 may be furnished at the supplier’s option. If it is a quote received, the description should specify which type of A325 they are and if it is was an order received, it should have material test reports specifying which type was supplied.

What is the maximum length allowed for a fully threaded A325?

The A325 specification contains specific language limiting these bolts to these thread lengths. Section 1.5 of the specification reads as follows:

1.5 This specification is applicable to heavy hex structural bolts only. For bolts of other configurations and thread lengths with similar mechanical properties, see Specification A449.

What does “structural grade” mean for fasteners? 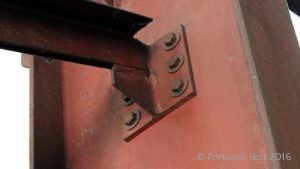 A critical piece of information when specifying a bolt for a project is the grade. Often times the actual ASTM grade is not known, so a “structural grade” is requested. This is usually the result of the grade being left off of a drawing, so the company responsible for procuring the required fasteners are either making an assumption or know that the application involves structural steel. Unfortunately “structural grade” is not enough information to know what the exact grade of bolt required is. The most common grades of fasteners when talking about a structural application are, ASTM A325 or A490, however these two bolts are for structural steel connections, so if the application is different, then a different grade is needed.

ASTM F3125 is also a structural grade, however there are six different grades that fall under it and would also need to be known before the appropriate grade of bolt can be supplied. Basically, asking for a “structural grade” is not enough information to know which grade of fasteners would work best. As with any situation where the grade of bolt comes into question, it is best to contact the Engineer of Record to figure out what the appropriate grade would be for a given application.

Is ASTM A325 all thread rod available?

One common grade call out for all thread rod is ASTM A325. The problem with this call out is that ASTM A325 covers headed structural bolts used in steel to steel connections, which all thread is neither. The ASTM A325 specification states in section 1.5:

“This specification is applicable to heavy hex structural bolts only.  For bolts of other configurations and thread lengths with similar mechanical properties, see Specification A449.” 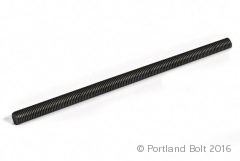 With the implementation of ASTM F3125, there are configurations allowed for A325 structural bolts that were not allowed previously, however rods are still not one of them. The head style can be different as well as the thread length, but the required application is the same. Whether ASTM A325 is specified or F3125 Grade A325, the part cannot be a rod and cannot be used for any application other than steel to steel connections. Having that been said, it is advisable to contact the Engineer of Record in regards to an alternative fastener grade, such as ASTM A449, which has virtually identical strength requirements and covers configurations such as all thread rod.

ASTM A325 bolts are very similar to SAE Grade 5 bolts in regards to their chemical and mechanical properties. The main difference between the two can be found primarily in the applications that they are specified for as well as their configuration. Since Grade 5 is a specification falling under the Society of Automotive Engineers, they are normally used in common OEM or automotive type applications. A325 is an ASTM specification and is used for structural steel connections.

A325 structural bolts are typically heavy hex bolts, whereas Grade 5 bolts are most typically made, and are readily available, in a standard hex bolt configuration. With the F3125 specification now governing the A325 specification, alternate head styles are allowed, provided the heads are stamped “A325S”. Another difference is the diameter range that each grade covers.  Grade 5 bolts are available from 1/4″ diameter up to and including 1-1/2″ diameter. The A325 specification covers bolts from 1/2″ up to and including 1-1/2″ diameter maximum.

Can A325 bolts be made with any head style?

In the past ASTM A325 was specific to heavy hex head bolts only. Under the ASTM A325 specification, this is still the case, however with the implementation of ASTM F3125, things have changed. F3125 still states that the bolt be used in a steel to steel connection, however it allows for the head to be something other than a heavy hex pattern under supplemental requirement “S2”, such as square head, carriage bolt, etc. This also includes head styles such as timber bolt heads.

It is important to keep in mind that if the head configuration is different than a heavy hex, the head of the bolt must be stamped “A325S”. Although the F3125 Grade A325 specification allows for these different head styles, it is important to confirm with the Engineer of Record that the head style will work for the application. ASTM A325 being specified does not necessarily mean that they will allow for the supplemental requirement found in ASTM F3125 Grade A325.

Does anyone manufacture A325 heavy hex bolts above 1-1/2” diameter?

The simple answer is no. Per the ASTM A325 specification, the diameter range allowed is 1/2″ through 1-1/2″. Not only do A325s not exist above 1-1/2” diameter, but they cannot be manufactured either. The reason for this is that there are no dimensional or mechanical requirements for A325s larger than 1-1/2″. If a bolt is needed similar in strength to an A325, ASTM recommends A449, which covers diameters through 3″. It is common to see A325s specified above 1-1/2″ diameter because of their strength, so be sure to consult an engineer to see what ASTM grade is actually needed. If a distributor or manufacturer is saying that they can supply an A325 in diameters above 1-1/2″, they are incorrect and you may be liable for their mistake.

Are A325 lag screws available? 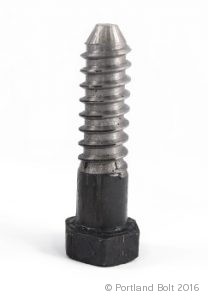 Until recently, A325s have been limited as to what their configuration can be. The head style has always been a heavy hex and they are used for steel to steel connections only. The steel to steel connection application requirement has not changed, however with the implementation of ASTM F3125, A325s have more options in regards to the configuration. Per supplemental requirement “S2”, they can now have different head styles and longer than standard thread lengths, as long as the head is stamped “A325S”.

Since the standard configuration of an A325 structural bolt can be altered under the F3125 supplemental requirement, does this mean that A325 lag screws will be available or manufactured on a custom order basis? The answer is no. The reason is they are still a structural bolt used in steel to steel connections, which would not apply to lag screws. Lag screws available in the marketplace are low carbon steel, however they can be made in higher strength grades. If the strength of an A325 is desired, then ASTM recommends A449 for fasteners used in applications other than structural steel connections.

Anthony Porreco, Sales Representative at Portland Bolt, is an expert on the ASTM A325 specification. Contact Anthony by phone, through our form, by email, or via chat if you have any questions.

This website is owned and operated by Portland Bolt and Manufacturing Company. The intent of this site is to provide engineers, contractors, fabricators, and original equipment manufacturers with in-depth, technical information pertaining to the ASTM A325 specification. Please contact us if you have questions, require additional information, need a price quote, or would like to place an order. For more information regarding Portland Bolt's manufacturing capabilities and full product line, visit www.portlandbolt.com.

ASTM: If you are working with A325 structural bolts on a regular basis, we strongly recommend purchasing a copy of the ASTM A325 specification from ASTM International.

RCSC: The Research Council on Structural Connections is a non-profit, volunteer organization whose research projects serve to provide safety, reliability, and standard practices for the steel construction industry.

AISC: The American Institute of Steel Construction is a technical institute and trade association designed to serve the structural steel design community and construction industry in the United States.